COMMENTS FROM THE CONCERNED ONTARIO DOCTORS

"Another physician openly condemns the proposed contract: Breach of due process, lack of transparency, cutting 200 medical student spots, and unpredictable clawbacks. Such corrupt Ontario Liberal and OMA practices do not serve our healthcare system well at all.

We need better leadership from within and without. We demand transparency. Plain and simple: the proposed contract is bad for patients and bad for physicians. This is why front-line doctors are voting NO to this unacceptable contract." - We are Your Ontario Concerned Doctors

Council gave clear direction to secure binding arbitration prior to a return to negotiations. This was not respected by the OMA leadership despite a clearly stated commitment to this principle.

The Negotiations Advisory Committee was not consulted in any meaningful way. The PSA was presented to us as a finished document only hours before it was presented to the Board. We as a group representing the interests of the profession had NO input into the document.

Another point of transparency is the language of the document. Much of it is vague and refers to future committees with promises of consultation. Given my experience on the Negotiations Advisory Committee, I have no confidence about the degree of input any doctor will have outside of those in the backrooms of the OMA.

To that point are issues already discussed and now openly denied. I was on the calls when significant cuts to new physicians entering the Ontario workforce and to medical school spots were discussed as part of the PSA presentation, yet it appears nowhere in the document except in the most vague language. A precise number was discussed as alluded to by Dr. Nadia Alam. How can we be sure that other major system changes are not also hiding in what is more of a pamphlet than a contract? Six-page contracts are between, friends, family, and fools, not between governments and professional associations.

3. Outcome
Make no mistake that this is a hard cap. Based on growth estimates, THERE WILL BE CLAWBACKS.

This is not a 2.5% raise. The increase refers to an increase in total funds available to a fixed pool of money. This will be instantly consumed by new physicians and increased utilization by our aging and growing population.

This is a massive cut. There will be a minimum of $200,000,000 cut from the physician pool. This is a permanent cut that will disadvantage all groups. This is in addition to the permanent cut that all physicians have experienced since 2012. It is also uncertain where this money will come from. How will this be titrated to ensure that the cuts don’t become $300,000,000?

The PSA does not address many of the major issues, including relativity, that we expected a binding arbitration process to deal with in a fair and transparent manner. There are no specifics in the PSA that any doctor can reasonably hold either the OMA or government accountable to.

We have been disparaged by a government in its dying days. We have been witness to an unprecedented increase in demands for our services and unprecedented decay in our healthcare system. Wait lists grow. Patients go untreated. Clinics close.

The PSA breaches process, lacks transparency, and has negative outcomes for both physicians and our patient. For these reasons, I ask you all to vote NO! 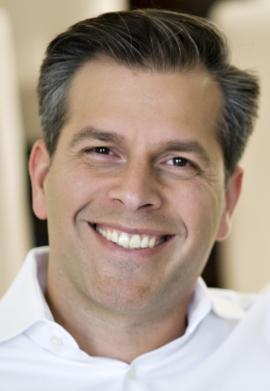