The award was presented to Dr. Raaphorst at the COMP annual meeting in Newfoundland, in July 2016.  The Gold Medal recognizes an active or retired member who has worked mainly in Canada, has had an outstanding career and has made a significant contribution to the field of medical physics in Canada.

In addition to his invaluable work with the OAR CBMD Program, Dr. Raaphorst is Adjunct Professor of Physics, Carleton University, Professor of Radiology, Faculty of Medicine, University of Ottawa, Senior Consulting Physicist of The Ottawa Hospital Cancer Centre, and a Consultant with the Ontario Breast Screening Program (OBSP).

Dr. Raaphorst has made many important contributions to the science of medical physics, particularly with his work in bringing radiology to the forefront of the field.  He was recognized as a world authority on the effect of hyperthermia on cancer cells, and the mechanisms of synergistic biological effects of heat and radiation.  During his research career, he supervised 22 graduate students, published 215 peer reviewed papers and eight book chapters, was cited 2172 times and received more than 40 grants totalling close to $3.5 million.

Following his 20-year career as Head of Medical Physics at the Ottawa Regional Cancer Centre, Dr. Raaphorst is now a Senior Consulting Scientist with the OAR CBMD Program and Chief Physicist for the program, managing the Certified Bone Mineral Density Medical Physicists for the program.   Dr. Raaphorst has been with the CBMD program since it first began in 2007 and has pioneered many important policy changes in the medical physics component of the program. 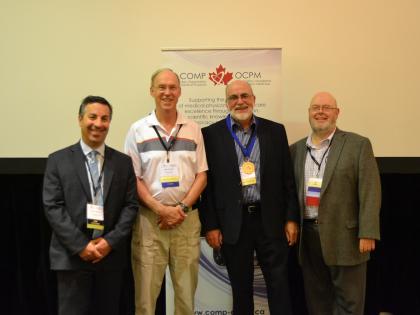